The Environmental Protection Dept has taken time out from authoring the destruction of Shek Kwu Chau to trashing the Pui O wetlands.

The EPD has given the go-ahead for a series of construction waste dumpings on the wetlands. Local residents have logged eight incidents of dumping in recent weeks. Like this one. 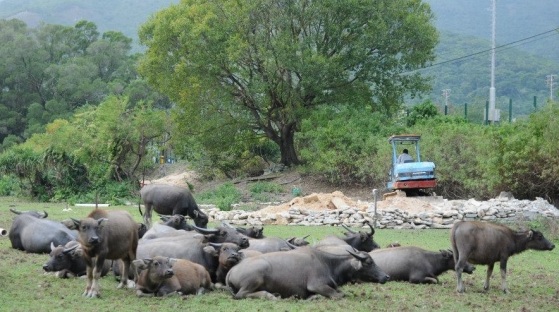 The wetlands are part of a coastal protection area protected under the South Lantau Coast Outline Zoning Plan, which is intended to conserve and retain the natural coastline features of “beaches and their immediate hinterland.”

The plan states unequivocally: “These scenic and ecologically sensitive coastal areas should also be protected against landfilling, land excavation or stream diversion and encroachment by developments.”

The dumping is taking place on land owned a Lo Wai resident, who has also illegally built a ramp crossing government land onto  the site.

The EPD says the dumping is legal because it complies with the Waste Disposal Ordinance. It says it is aware of the ramp but to date still has taken no action to remove it.

If the dumping is allowed to continue the Pui O wetlands will inevitably be buried under rubble and subsequent building development.

To stop the dumping and ensure the EPD exercises its authority to protect the environment, write to:

Or file a complaint via the 1823 government complaints hotline, mobile app or webpage http://www.1823.gov.hk