In the first incident at around fire brigade was called after receiving a report at around 3:30pm that the office entrance was on fire.

Another attempt to light the door was made at 5:15. Police went to the scene and seized newspapers and a beer can.

The office, which was unattended because of the public holiday. suffered minor damage. 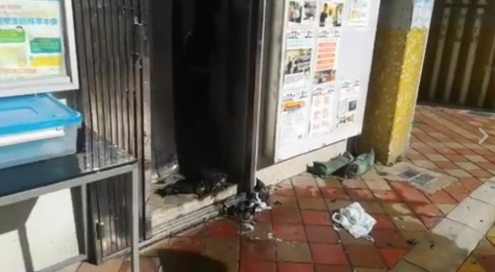 CCTV had shown a person loitering around the doorway at around 3:15 to 3:30 and had set alight a black plastic bag in the doorway.

Police later arrested a Thai national in Tung Chung. A spokesman said she has a history of mental issues and suicide attempts and has been sent to Princess Margaret Hospital psychiatric assessment.

Tang has been a District Councillor since 2008. He was Legco functional constituency member on behalf of the pro-Beijing Hong Kong Federation of Trade Unions from 2012-2016.