The committee offers no support for protecting the island’s threatened wetlands, its buffalo and cattle herds or the shrinking Chinese white dolphin population. Incredibly, however, among those items it does regard as worthy of conservation are the airport, Ngong Ping 360 and the yet-to-be-completed Hong Kong-Macau Bridge. These are significant for “landscape conservation,” the report says.

The full report, available only in Chinese (English summary here), said major developments at sites of conservation value should be “avoided as much as possible” but does not specify what protections should be adopted.

As expected, the committee endorses the ELM, the plan for a gigantic reclamation project in the waters between Lantau and Hong Kong island to support future commercial offices, retail and high-rise. The report says by reclaiming land around Kau Yi Chau and Hei Ling Chau islands the ELM can host 400,000 to 700,000 people. 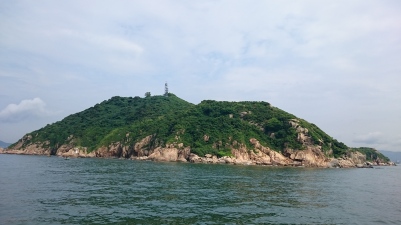 To accompany the ELM, which won’t take place until after 2030, it calls for direct road and rail links from Lantau’s north coast to Mui Wo and then through the ELM to Central. Those links would have to pass through the Lantau North Country Park. The Highways Dept studied the idea of a tunnel through the park to Mui Wo in the late 1990s but rejected it on cost and difficulty grounds.

The report calls for “making good use” of abandoned agricultural land and fish ponds at Mui Wo and to “promote urban and rural communion, strengthen the leisure and travel elements, develop its tourist potential.”

The report, which mostly reaffirms the proposals it has put forward over the past two years, says Lantau’s transport facilities lag behind and should be a priority consideration.

One proposal missing is that of a coastal road from Tung Chung to Tai O and Fan Lau, which had been strongly opposed by conservationists.

LanDAC does not propose any other major roadworks, but  does suggest installing ferry piers at Cheung Sha, Tong Fuk, Shui Hau, Fan Lau and Sunny Bay – but it does not say whether these are for tourist vessels or regular services.

In Mui Wo, it calls for “making good use” of abandoned agricultural land and fish ponds and to “promote urban and rural communion, strengthen leisure and travel elements and develop its tourist potential.”