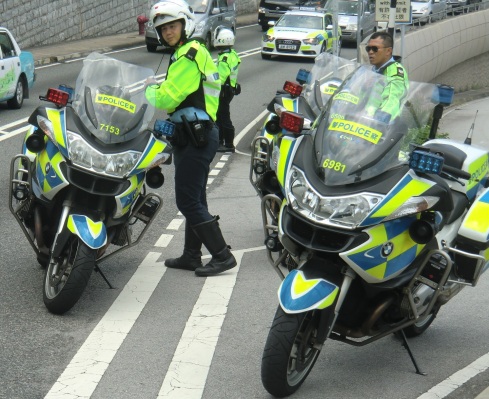 Remote as Lantau may seem, you get a sharp view of the workings of Hong Kong. The dysfunction, the cronyism,  the inability to grasp people’s needs – all reveal themselves in microcosm.

So when the Transport Department pre-empts the outcome of its consultation on opening South Lantau roads, that’s an issue for Lantauistas, but it also tells a tale that is reflected across the entire city.

Following a public outcry after the department’s plan to allow an extra 80 vehicles per day was made public, it consented last month to take submissions from community groups.

That consultation is still taking place. A department spokesperson advised by email on July 15 that:

The TD is now consulting the relevant stakeholders, including the Traffic and Transport Committee of the Islands District Council, the tourism trade, the transport trade and the green groups on the proposals. Subject to the outcome, the proposals will be implemented by end of this year, and the TD will review them one year after their implementation.

So why would Irene Ho, the department’s Assistant Commissioner with responsibility for New Territories, publicly affirm the policy while the consultation is still underway? She declared in a letter to the SCMP on August 17 that the road opening “would not cause unacceptable adverse impact on the environment, road safety and the general livelihood of the residents.”

She goes on to acknowledge that the department is still collecting responses and “will consider the views received before finalising the proposal” – but why bother? Her remarks, without any hedging or qualifications, make it clear the department has already made up its mind.

Over the past two years the government has consulted quite closely with developers, tourism and travel industry representatives who, along with government political supporters, make up almost the entire membership of the Lantau Development Advisory Committee. LanDAC is driving the government’s Lantau policy, yet no community or environmental group is represented on it. At the same time, it’s hard to miss that the groups TD is currently consulting are primarily those already on LanDAC. The TD is not taking submissions from individuals and it doesn’t seem to be talking to the police, who have expressed concern about the safety hazards posed by the extra traffic on Lantau’s ageing road infrastructure.

The larger message is confirmation that, for this government, ‘public consultation’ is a procedural box to be ticked that is not intended to have any bearing on the policy outcome.

Democrat lawmaker Ip Kin-yuen has drawn the contrast between Hong Kong’s formalistic approach to that of Bremen, Germany, where on a recent visit local officials described their bottom-up method of public consulting. If you conduct an open process that starts with the needs of the community, you not only know you are you addressing their concerns, but you also have their informed buy-in. In Hong Kong, public policy starts and finishes with the views of the government and its allies, with a token consultation near the end.

As Ip puts it:

the government often confuses consultation with promotion, and the majority of the public is increasingly frustrated with the fact that its opinions don’t make a difference.

All of Hong Kong remembers the farcical consultation over the political reform bill last year, culminating in C.Y. Leung and Carrie Lam ‘consulting’ with the public atop an open bus.  On Lantau we witnessed the cynical process of designating Shek Kwu Chau as a site for a “dioxin-spewing” incinerator. Despite three years of consultation and a great deal of public input, not a single item in the project changed.

The government plan is to ‘develop Lantau’ by building big-ticket items on northern Lantau and squeezing as many tourists as possible into the southern parts. We shouldn’t be surprised when officials forget they are supposed to express interest at least in the views of the general public.